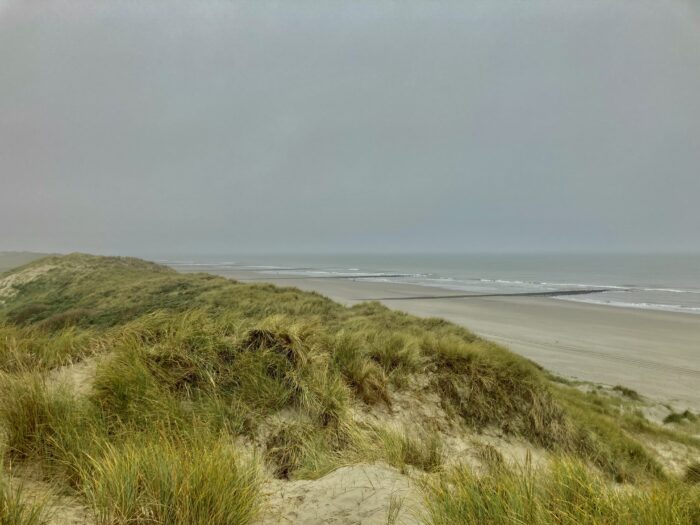 Traditionally, one of the central pillars of the FET standard has been the protection of legitimate expectations. Legitimate expectations can be either based on a host state’s specific representations provided to the investor, or, under certain conditions, such expectation can be based on the regulatory framework that existed at the time of making the investment.

Numerous tribunals have stressed that the specific representations provided to an investor by a host state form the strongest basis for the creation of legitimate expectations.1) Notwithstanding this, the level of specificity required varies from case to case. The common understanding conveyed by numerous investment tribunals is that only a host state’s specific representation to a particular investor can form legitimate expectations subject to treaty protection. However, a broader understanding still finds its place in the investment arbitration community. For example, in the recent renewable energy award in ESPF v. Italy (September 2020), the majority of the tribunal found that a specific representation can also be based on general legislation.

This blog post analyses the part of the ESPF v. Italy award that concerns the assessment of the legitimate expectations of the investor. The inclusion or not of legitimate expectations in the FET standard will have significant impact on investor protection given the protections role and standing in the world of investment arbitration (see discussion on the scope of a FET standard in the context of ECT modernisation process). Moreover, the narrowing or broadening of its scope and application also have significant practical consequences and ramifications.

Facts of the case

In ESPF v Italy, the investor “KGAL”, a German investment management company, made investments in Italy between 2009 and 2012. The investments were made by setting up PV-investment funds and investing in multiple solar plants. Through various legislative acts during 2005, Italy had introduced a so-called incentive regulatory regime for renewable energy producers (“incentive regime”). Thus, in making the investments, the claimants primarily relied on this incentive regime, in particular on the Conto Energia Decrees (“Conto Decrees”), which guaranteed incentive payments to PV plants for a period of twenty years.

Despite this, from 2013 and onwards, the Italian authorities undertook a series of measures limiting the application of the incentive regime. This is because Italy was facing the tariff deficit resulted from the difference between the subsidies in the form of feed-in tariffs granted by the state to producers of renewable energy and the tariffs that had to be paid by consumers.. Resultingly, in 2014, the benefits of the incentive regime provided in Conto Decrees were substantially reduced through various state’s measures. E.g., through the changes introduced in the so-called “Spalmaincentivi Decree.” In 2016, the claimants challenged the state’s measures by initiating the ECT arbitration claim against Italy.

The claimants argued that Italy had violated the FET standard by breaching their legitimate expectations arising out of (a) the explicit assurances, as well as (b) implicit assurances. First, explicit assurances were allegedly made in the form of the Legislative Decree No. 387/2003 and in the five implementing Conto Decrees.(para. 469) Furthermore, the investors argued that the GSE Letters,2) the GSE Agreements, public statements and declarations by state officials had reinforced the explicit commitments made by Italy that investors will receive the specified tariffs for 20 years.  In assessing the legitimacy of the investor’s expectations, the majority of the tribunal upheld the claim of the investors, finding that Italy has undermined investor’s explicit commitments reinforced by implicit promises provided in public statements and declarations.

Specific representations arising out of legislation

In its assessment, the tribunal evaluated the existence of the specific representations arising out of Conto Decrees as well as the GSE Letters and the GSE Agreements. At the outset, the majority of the tribunal underlined that “there is no doubt that a clear and specific commitment is required in order to create an enforceable legitimate expectation”.(para. 512) Furthermore, that “there is no reason in principle why such a commitment of the requisite clarity and specificity cannot be made in the regulation itself (…)”.(ibid) Hence, the tribunal asserted that the relevant Conto Decrees qualify as specific representation, and therefore that investors could rely on the assurance that the feed in tarrifs rates will not be reduced in the next 20 years.

In the view of the tribunal, the Conto Decrees did not just form a general framework for investments, but they provided ‘specific incentives to investors who met specific requirements’.(para. 518) Since the plants of investors met the specific qualifying criteria under the Conto Decrees, the investors had the right to expect that the specific rates and duration of the FITs would remain unchanged. Furthermore, the state’s specific representation embedded in the Conto Decrees was further reinforced in the GSE Letters and the GSE Agreements, addressed to each of the claimants’ investments by the Italian authorities.(para. 517) The tribunal also underlined that the promotional statement and reports by Italian officials regarding the incentive tariff regime confirm the commitments included in the Conto Energy Decrees and GSE Letters and GSE Agreements.

In ESPF v. Italy, the tribunal found that Italy violated the legitimate expectations of the investors by reversing the Conto Decrees and replacing it with the Spalmaincentivi Decree. According to the tribunal, the Conto Decrees amount to specific representation, containing the assurance that the tariffs for which they qualified would remain unchanged for 20 years. Furthermore, it was held that the GSE Letters and GSE Agreements reinforced the state’s specific representation.

According to the El Paso v. Argentina tribunal, the level of specificity of a state’ assurance should be assessed from the point of view of the addressee. Thus, the specific representation should be ‘directly made to the investor – e.g., in the contract or in a letter of intent, (…) and not simply general statements in treaties or legislation which, because of their nature of general regulations, can evolve ’.(para. 376)

Moreover, in multiple renewable energy cases against Spain, Italy, and Czech Republic, tribunals have been tasked with assessing whether or not there has been a violation of the FET standard arising out of the expected stability of the regulatory framework. In this respect, only a few tribunals have found that general legislation (in combination with some other state’s assurances) may qualify as a specific representation and raise to protection under the FET standard.

The ESPF tribunal was among the renewable energy decisions finding that the general legislation contained a clear inducement on the basis of wording of its provisions. The conclusion in ESPF v. Italy is consistent with Greentech v. Italy (December 2018). The Greentech tribunal provided that the Conto Decrees constitute a specific representation and by reducing the tariffs through the enactment of the Spalmaincentivi Decree, Italy has violated the investor’s legitimate expectations. The Greentech tribunal emphasised that ‘given the specificity of the assurances Italy offered (Conto Energia decrees, statements and conduct of Italian officials, and individual GSE letters and GSE Agreements), those assurances bear the hallmarks of “an agreement, in the form of a stabilisation clause or otherwise’’’.(para. 453)

However, some other renewable energy decisions have reached other conclusion. The tribunals in Belenergia v. Italy (August 2019) and SunReserve v. Italy (March, 2020) provided that no specific representation can be derived from the general Italian legislation. Moreover, in the Spanish renewable case Charanne v. Spain, the tribunal warned against qualifying a regulation that involved a group of beneficiaries as ‘specific’. It emphasized that this could ‘constitute an excessive limitation on the power of states to regulate the economy in accordance with public interest’.(para. 493) The issue of the right to regulate in the context of investment law is high on the political agenda of states. The need to ensure that ‘policy space’ is preserved in the context of the FET standard has been articulated by negotiators and contracting states within the framework of several of the most recent agreements such as the Comprehensive Economic Trade Agreement between Canada and the EU (CETA), the EU-Singapore FTA, the United States-Mexico-Canada Agreement (USMCA).

The debate on specific representation and its scope, nuance, and degree is important. A specific representation can create a strong basis for legitimate expectations, and therefore generate investor protection pursuant to the FET standard. The presence of a specific assurance direct at an investor may often overweight other considerations such as an investor’s due diligence or the proportionality of a state’s measure and therefore substantially limit the sovereign powers of a state to regulate in a public interest. The ESPF v Italy is among the decisions that adopted a broad approach towards the scope of specific representation, where a specific commitment primarily was found in a general legislation. In this decision, a tribunal has not performed a balancing exercise by weighing the subjective interests of investors and the state’s right to regulate.

Thus far, tribunals dealing with renewable energy cases have been inconsistent with respect to the circumstances in which general legislation is considered to constitute a specific representation. It indicates that there is theoretical divergences amongst tribunals on the scope and the legal basis for the creation of legitimate expectations.